The Cocktail Reception at the CGR has been an annual event for nearly two decades. It is the highest profile event between the US Consulate and the wider American community here in Johannesburg, South Africa. The newly created ASSA Board in 2012, determined to support local NGOs, chose to make the evening a fund-raising event for the first time in 2013. To strengthen the relationship with the US Consulate, the ASSA selected a Consulate grantee as the beneficiary (Autism South Africa). To support the initiative, more than 30 local businesses of varying sizes donated items for the silent auction held in February 2013. Nearly 100 attendees helped to raise R50,000 for Autism SA. This amount will reach 750 children with autism and 150 educators, therapists and parents. 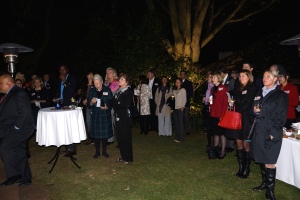 Again for 2014, a Consulate grantee has been chosen to benefit from this event. The organization chosen was Sunlight Safe House. The Sunlight Safe House (SHS) cares for children removed after hours by SA Police Services due to life threatening circumstances. SHS provides short-term, loving family homes within the communities for abandoned, abused, orphaned, neglected and exploited children; with long-term care offered for teenagers & HIV positive children who are difficult to place. The proceeds from the ASSA silent auction will help to ensure that skilled social and auxiliary workers are available 24/7 and that our critical services remain deliverable within the province. The event was held on May 15, 2014 and nearly 120 guests helped to raise R150,000 for the Sunlight Safe House. This amount will cover the costs of caring for approximately 20 children for an entire year.

A Special Thank You!

Our Annual Cocktail Reception & Silent Auction would not be possible without the contributions made by participating business who donated items, as well as the Consulate staff, emcee, the ASSA Board and its dedicated volunteers. A sincere Thank You! 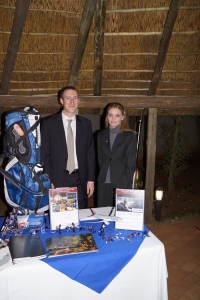